One of the stranger geographic features in B.C. is the Eve Cone.

While cinder cones aren’t incredibly rare (there are about 30 on the sides of Mt Edziza, a massive volcano in the province’s north), this is perfect, and a literal stand out.

Around 150 m tall and with a significant circumference, the nearly symmetrical black cone looks a bit like a massive molehill, except the mole was Godzilla. Vaguely reminiscent of the pingos, it’s not related at all. Sorry for the misdirect, but there aren’t very many ‘lumps’ out there, and just wanted to be clear they aren’t really related (since one is caused by ice, and the other fire).

Really, the Eve Cone is a vent for the volcano complex underground. It’s one of the more recent eruptions (relatively speaking) and part of the reason it’s such a standout is because it broke through the lava field that surrounds it (which is also why everything else is flat nearby, it was more liquid at one point and settled).

The gallery today has a couple shots from Google Earth since a) there weren’t enough creative commons photos to fill out the gallery but I still really wanted to do this and b) to give you an idea of the scale we’re talking about in relation to its surroundings. I don’t think it’s even the largest of the cones on Mt. Edzizia, but it’s the easiest to spot. 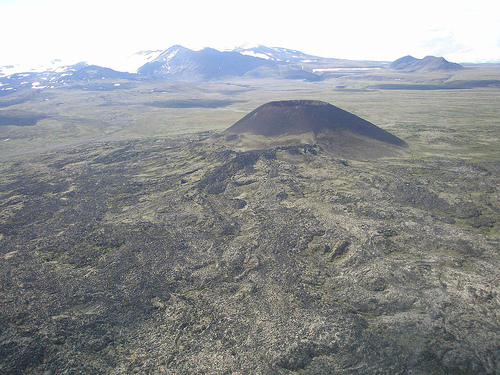 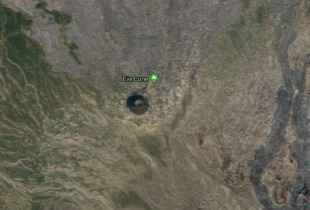 The cone really stands out from the local landscape. | Image via Google Earth | 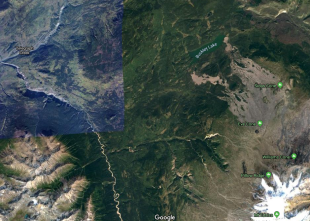 Telegraph Creek is 30 km away, so that gives you some scale.| Image via Google Earth |

This is on the side of a volcano in the Stikine region of B.C. If you understood all of that and still want to go, cool, but you’re obviously more experienced in this sort of stuff than I am, so I’ll let you plan your own expedition and won’t offer and costs or how to get there.

There is very little information out there about the Eve Cone. For some stats, Bivouac.com has some info. For the official park page, click here. Those should be enough to set you on your way. Oh, but if you’re interested in some science, the RBCM did a neat little piece on the area.

A post shared by British Columbia Magazine (@britishcolumbiamagazine) on Sep 2, 2016 at 9:04am PDT