Tucked away in western Ontario is a little canyon that seems to mix Old World charm with the famous forests of central Canada.

Agawa Canyon is a relatively tame region, if I can say so, with rolling hills and a meandering river (as opposed to the more rugged canyons in the north and west). This gives it a rather pleasant look, especially in the fall with trees changing colour, filling the canopy with reds, golds and oranges.

In a nice bit of harmony, from the canyon’s most popular lookout you can gaze down the…well, it’s more of a valley at that point. With a train running next to the river and a few small buildings, the area looks like some German fairytale from an alternate timeline. 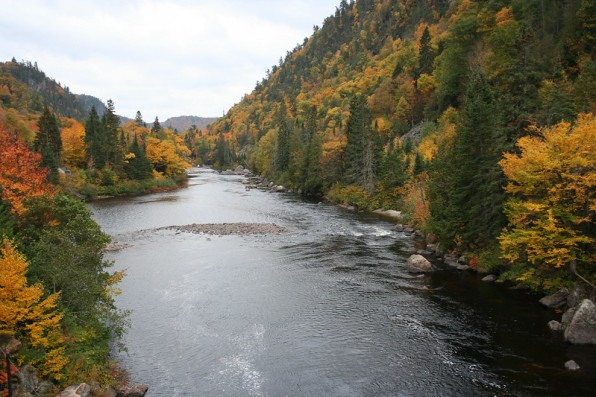 | Image from Flickr/Derek Hatfield via CC BY 2.0 |

This is part of a train journey, so unlike others, there’s an admission before you really get close. You could probably find other ways to get there, but really, this is much more sensible. A company based in Sault Ste Marie runs the rail.

TripAdvisor rank this the top thing to do in the region, but not all are fans, citing the cost and experience on the train as downsides. No one seems upset at the view though. Robin Esrock of the Great Canadian Bucket list wrote this piece for National Geogrpahic Travel, if you want a different perspective. The train company’s website is here.

With the fall leaves about to peak in colour soon, it had me thinking about the best places in Ontario to see nature at it’s brightest, and hands down, the #agawacanyon in #saultstemarie made the top of the list. 🍂🍁 One of my earliest memories as a kid was taking the full-day train tour through the canyon in October with my family, and it’s something that I would love to be able to experience again as an adult. Where is your favourite place to see the leaves change in Ontario? Share in the comments! 📸 Photo cred @decembersunshine_