Defining ruins can be difficult, especially with areas that are still in partial use for a secondary purpose.

Parts of this is a museum, but a good chunk of what used to be the Chicoutimi Pulp Mill is stone remains.

A massive mill, the biggest of its type in Canada for a time, the huge structure and system is located in a very picturesque part of Saguenay/Chicoutimi. Five buildings make up the complex, with some pieces in essentially perfect condition and others are down to just the foundations and walls.

The old stonework is also a great, relatively unblemished, artifact from over 100 years ago.

The Chicoutimi River comes together with the Saguenay River just below and rapids surround the mill.

It doesn’t hurt that all of this is surrounded by a young forest.

As proof of the car that’s been taken in recent years, the mill was deemed a National Historic Site in 1983. 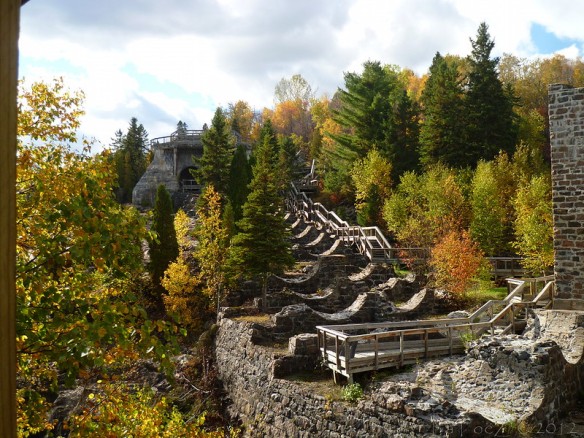 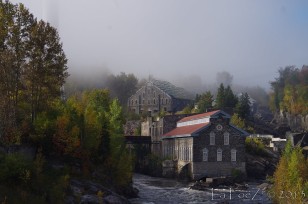 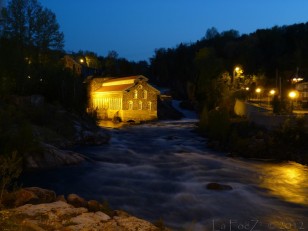 Located essentially in the city, despite being in a more rural and rugged setting, you can take a bus to the mill from the city center. Walking is even an option if you’re up for a longer stroll (followed by wandering the site).

To get into the site it’s $15 per adult, though not all angles are inside the park.

TripAdvisor doesn’t have much on the mill, mostly because users haven’t really rated the site (it’s only got 6). The hisoric places website has more, which doesn’t happen too often. Of course, the premier place for more info is the official website, here. More history can be found here.

A post shared by La Pulperie de Chicoutimi (@pulperiedechicoutimimusee) on Jun 12, 2018 at 8:40am PDT