Some might say taking photos in small is tacky, and maybe they’re right.

But maybe they’ve never been to this mall.

I almost threw West Edmonton Mall into the oddities week, since it’s a bit of an unusual situation. Amongst one of the biggest malls in the world (it was the biggest until 2004 and still is the biggest in North America), the space is filled with more than just hallways of stores.

There are themed areas, and a roller coaster, a water park with waterslides, a pirate ship, submarines, an ice rink and a classic marry-go-round. At one point they had dolphins, but I’m not sure they do anymore.

All that presents lots of interesting photo options, and while some spots in the mall are farther apart than some sights on this list (you could crab walk from the Winter Garden Theatre to Yonge-Dundas Square), they’re all in this one spot since they’re all inside this mall.

And one unifying factor is the fact they are inside, and you can never get away from that. The ceiling or roof is always in the background. Which is actually kind of neat. If can force your mind to do it, you can think of it as a biodome situation. So many of these sights are out place here, and that makes it a bit more interesting. Also, each is taken good care of, since this mall relies on out of town tourists to keep it afloat; that’d be a lot of real estate to have to fill up with something new.

If all that doesn’t sell you on it, the last time I was there there were random Lamboghini’s there, and some sort of celebrity event, which all gets lost in the craziness of that place. 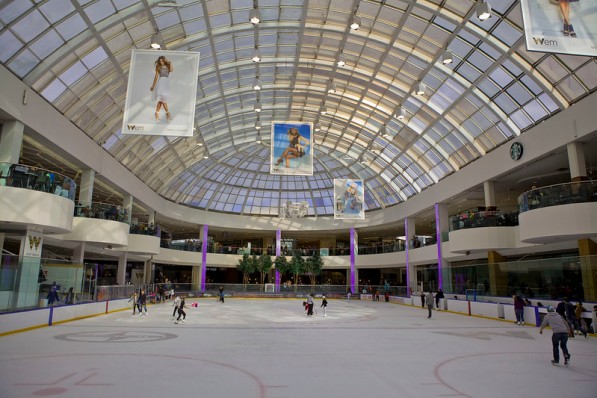 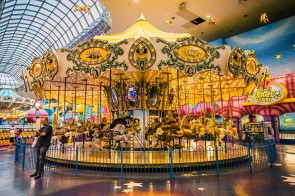 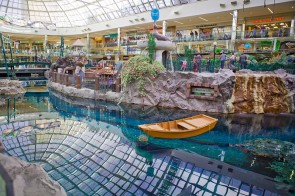 Go to Edmonton. Go to the west of it. This mall takes up a bunch of that area.

Ok, seriously though, it is to the west of the city’s core, and by a fair way. By car it’s about 20 minutes, maybe more if there’s traffic, and you’re looking at a bit under an hour if transit is friendly. Basically, this is a car or transit sight.

How this isn’t number one on things to do in Edmonton is beyond me (or, at least, 12-year-old me). TripAdvisor ranks it 12. Tourism Alberta has put together a collection of pieces about the mall. And of course, there’s the official site.